The Ed Rudolph Northbrook Velodrome Website – Turned it on in 1996 running on an Enteract server on the northside of Chicago  http://www.enteract.com/~nbvelo.  Kept the website up running for the next 18 years. All the layout, coding, content and photography until handing it off to the to Northbrook Cycle Committee porting over all content to their system in 2015. I Raced there for 10 years & did the website for almost 20 – yikes, time flies!

I started with straight HTML, graphics and photos, then hand rolled a PHP CMS, then moved to Drupal and then WordPress with a customized HTML 5 theme. I installed poMMo Mass Mailer to kick out  rich HTML news list emails to the community, uploaded photo galleries and posted weekly results.  I passed it on after 15years, the website now in good hands with the Velodrome Committee and a nice modern look. 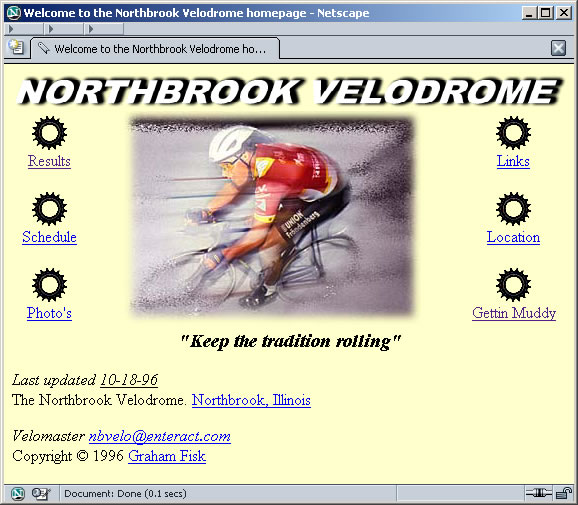 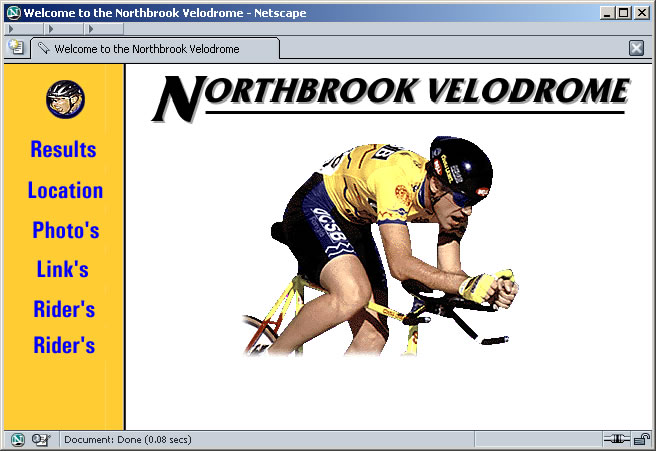 New Look for 2000 – went white, added a counter!!!! That’s Kenny Labbe I photoshopped to death below. 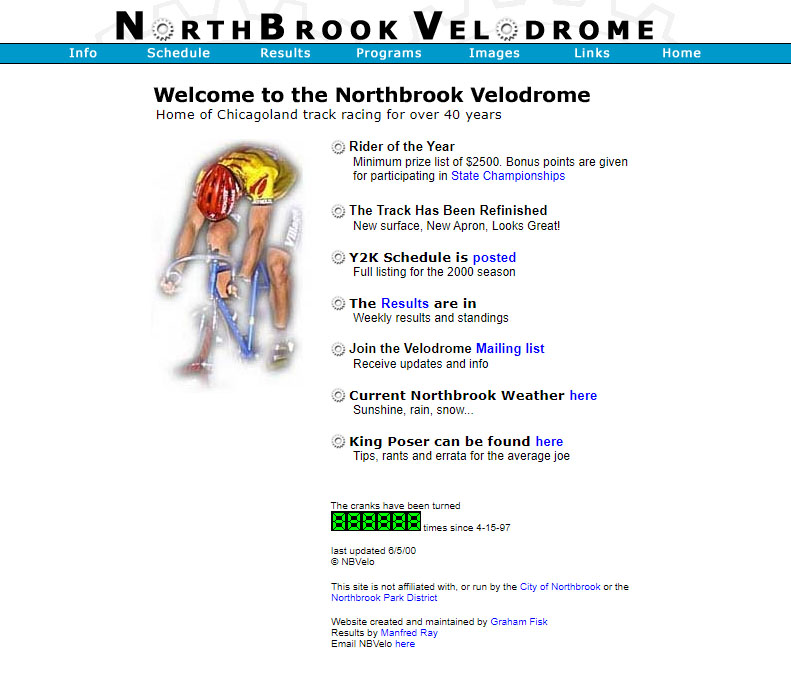 Running Drupal with a new look, Calendar & Weather in 2012? 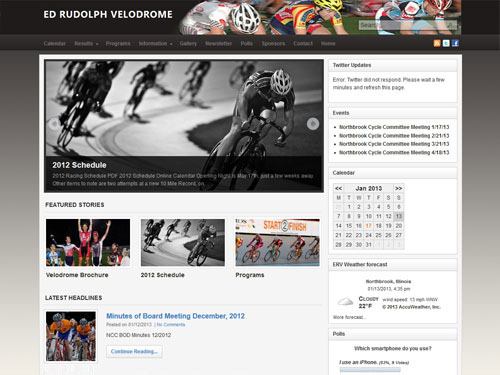