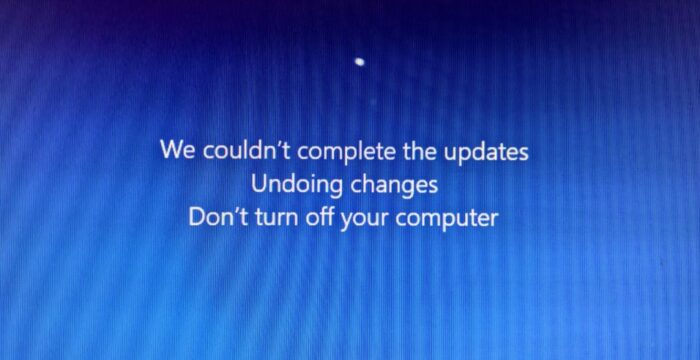 Issue: Windows 10 Update KB3194496 makes it to 75-100% complete then fails with the following message “We couldn’t complete the updates Undoing Changes”.

The solution below (Upgrade Windows 10) will also work but is no longer necessary – the issue has been determined to be Xbox scheduled tasks and registry keys. Deleting the tasks and associated registry keys resolves the issue as noted below in David Brown’s comment and in Microsoft Community posts here: http://answers.microsoft.com/en-us/insider/forum/insider_wintp-insider_update/release-preview-14393222-cu-available-and-possible/7b63eb85-3320-4a4b-bc71-bb4de869b13f

Solution – Perform a Windows 10 update using the Media Creation Tool.  This will update Windows 10 to the latest version while allowing you to keep existing files and installed applications. You do not need to build a USB or removable media installer.

Other potential steps and options to resolve – these are individual solutions that seem to work for some users in some cases. None below worked for me in this case.