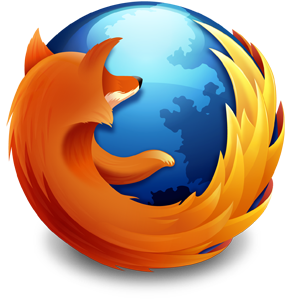 As a user – I started out with Mosaic and then moved to Netscape as my primary browser. Then IE5 came out. IE3 was lame, IE4 was okay, IE5 was a sign Microsoft had finally realized the Internets actually did impact their business. I dumped Netscape (NN 4 was their last useful browser and it was showing signs of impending death…) and moved permanently to IE 5 and then 6 until 6 started to show the signs of years of neglect and alternative browsers were kicking it’s butt all over the place. I settled on what was to become Firefox as my primary browser as it decimated IE at pretty much every level.

Professionally – I’ve had to develop for and use pretty much any browser on Mac and Windows platforms. I built, tested and delivered applications that guaranteed functionality on all platforms using common browsers. Oh the joy…

Today I use Firefox for personal use and IE 7 for work – IE7 because I’m running Vista and must use 3rd party vendor tools and public sites that fell into the gulf of IE only for ease of development and can’t adopt to change because the proprietary tentacles are so deeply buried in their code. You have Macs!? (um yes about 1,500) Why would you use Opera? (um cause it kicks butt?) Fire-what? (Fire your development team that’s what!) And my personal favorite… IE7? we don’t support that. But wait IE is all you support!? Sigh the web was supposed to free us of all of this was it not?

Well thankfully IE7, Firefox, Opera, Safari have all put out strong products in the last year. Unfortunately Internet Explorer had so far to catch up it’s lacking some very basic areas.
Additionally what troubles me beyond IE7 lacking some basic essentials is the lack of follow through by Microsoft on their promise to not let IE7 sit idle and rot as they did IE6. To wit, there has been next to zero public activity by the IE team since release in October 18th 2006 save for what might possible be the lamest Major Product update ever released by Microsoft. So lame it’s almost impossible to find any information about the “update” and it’s been expunged from the IE7 homepage. The major non cosmetic change from the “update” being the ability to install without WGA, apparently to combat the continuing market losses? So what now… IE8 of course! Sigh so much for IE7!

Speed, way more speed.
Not page rendering, speed of the application. Running IE7 on Vista with no other browsers for several months I installed Firefox to see if it could handle an eRoom intranet site issue for me. Wow it was like Ben Johnson vs me. Firefox was so fast to load, respond, tab etc it was like I’d doubled my CPU or my RAM. I hope IE8 is getting some tips from old Ben.

Improve the Find function
IE7 relies upon the OS based Search function, the same function that IE has relied on since it’s first version. It’s slow, it’s limited and it’s frustratingly linear. Firefox is so far ahead of IE here it’s actually a compelling reason to use Firefox.

Firefox 2.x – Find as you type, Next / Previous, highlight all, case match, finds search pattern on future and past pages, notifies you if the text your typing exists as you type and more.

Improve Cookie management
Internet Explorer has made no improvements to it’s cookie management in IE7. You either delete all Cookies or manually browse a directory containing potentially millions of files and try to figure out which cookie is for what site. And this is if you’re some what savvy.

Firefox destroys IE7 in terms of Cookie management. You view all Cookies in a folder tree by originating Domain. You can delete cookies from all domains, individual domains or individual cookies from from within a domain. You can even control how long cookies last. For web development it’s beyond priceless, especially if the browser in question doubles for personal or work use.